Clara is an explorer who was trapped inside of a cave but she mentions she didn't really mind since she had Taupes that kept her company.

at Level 20) and use a Baril de Poudre (Recipe to buy at Bazaar and item to build at the Blacksmith in 12h) to unlock this character. 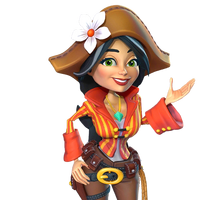 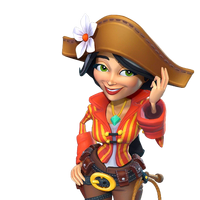